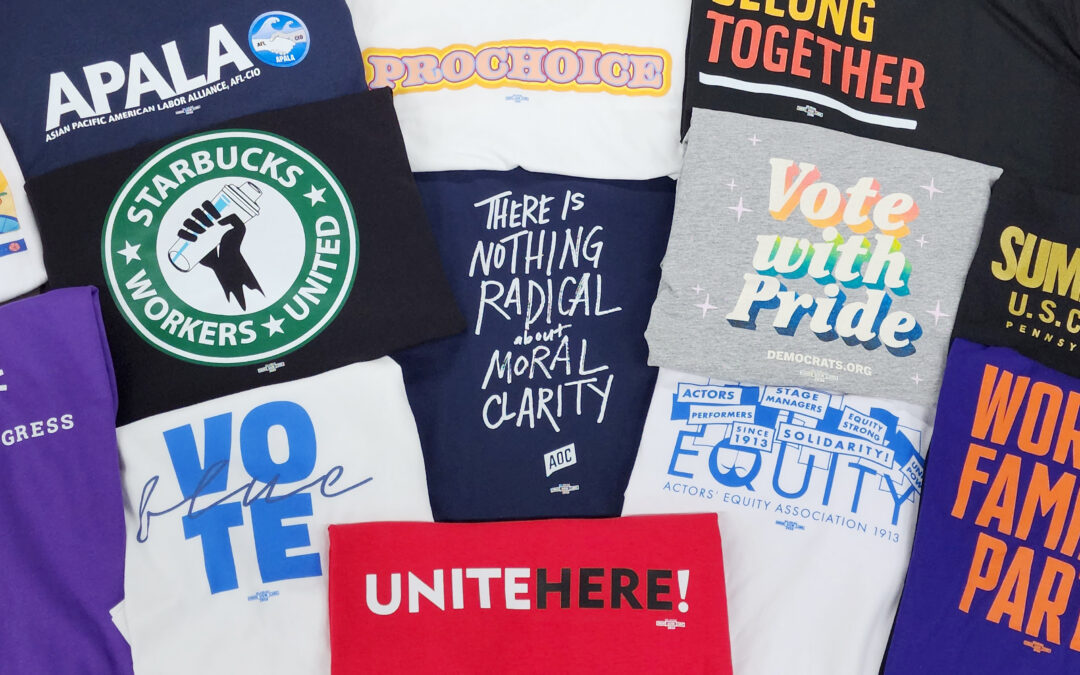 Welcome to GOOD PRESS, the newsletter for Worx Printing. You might be thinking: Newsletter?  I thought you guys made shirts. And…we do. (And mugs, and hats, and all kinds of other good stuff.) But Worx has also been a worker owned, union co-op printing shop since 2014, and that means we also field lots of questions. About shirts, sure (and mugs…and hats…you get it), but also questions like: “What does worker-owned mean?” And “what’s a co-op, really?” And while we love having those conversations with anyone who wants to have them, we’re also pretty busy making your merch as fast and as high-quality as possible.

It would be nice, we thought, to be able to share a link with anyone asking those questions, so we can keep that conversation going AND get back to work.

And so, GOOD PRESS was born.

We’ll be reaching out periodically to answer all of your good questions, to fill you in on Worx news, to introduce you to people who make up our wonderful community — and the wider labor and ethical manufacturing movements — and to share fun and timely stories from the world of workers and work, past, present and future.

TL;DR: While our first and most important job remains producing ethically-made merch for unions, campaigns, and non-profits, we’re also proud of the history we come from and are excited about the future of our work and yours…and we want to talk about it!

One of the questions we get most often is: “What’s with that little stamp in the corner of my shirt?” This one: 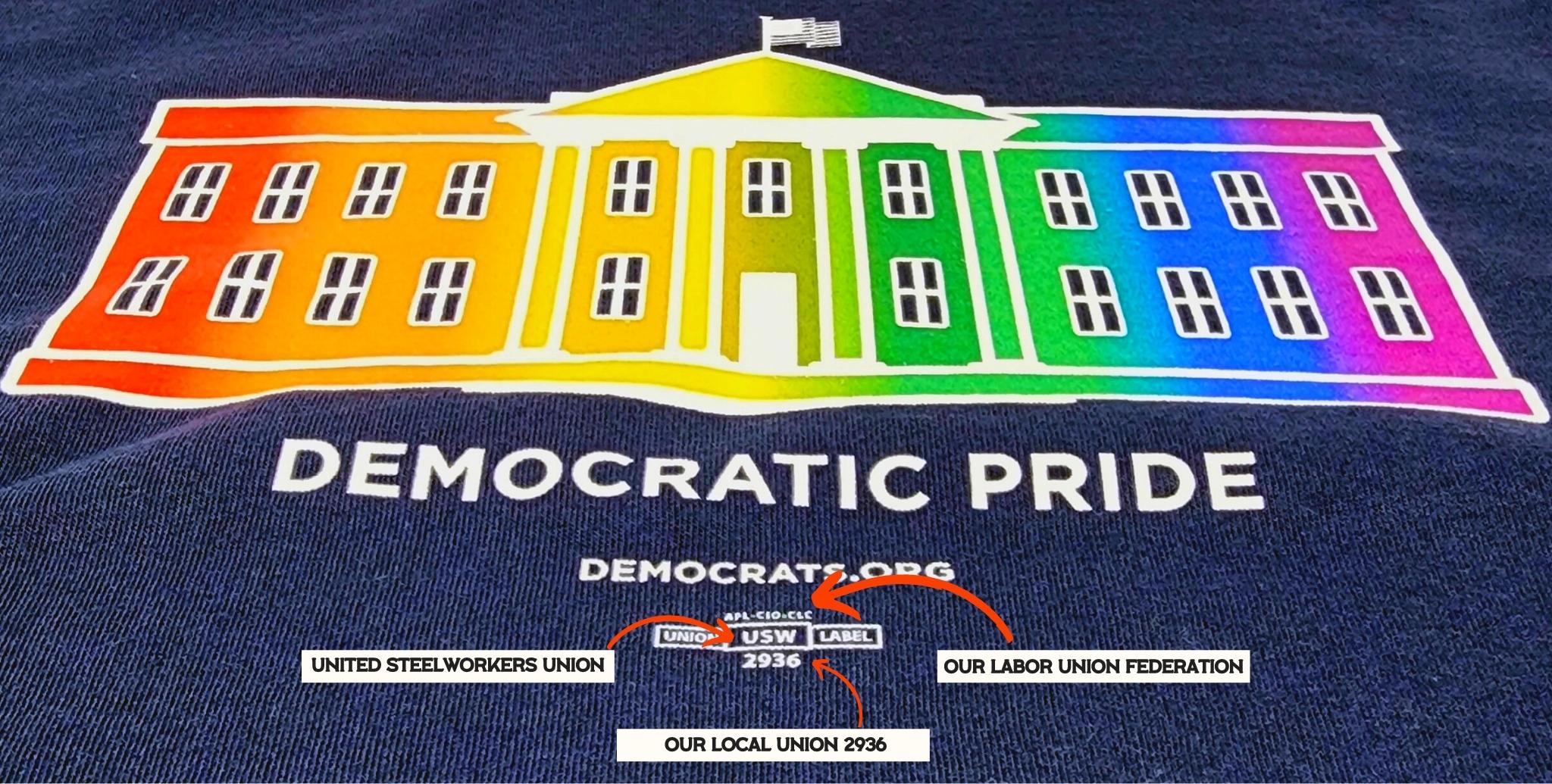 That stamp, commonly known as a union bug, has been used in union manufacturing for hundreds of years. And not just on shirts; it’s on auto parts, parking tickets, and even presidential inauguration announcements. The bug is the best way to signal that what you’re buying was made with union labor, like a handshake of solidarity. If you’re a union worker, and you’re wearing union-made drip, that means your union wages went to other folks’ union wages. Which is reciprocity and solidarity in action!

This isn’t a new idea. In fact, there’s a delightfully cringey 1978 song about it (sorry, not sorry in advance when this gets stuck in your head):

Over the years, other terms like “fair trade” or “ethically manufactured” have entered the chat, and while those terms can signify that what you’re buying was made under the conditions specified, it doesn’t guarantee that the product was made with any union labor. (And don’t get us started on the labor-washing 1Labor washing refers to the practice of using terminology commonly associated with the ethical labor movement to mask manufacturing’s darker practices. You might assume that something made with “fair trade” on it is well, fairly traded, but it might not be, because there are no set standards across the manufacturing sector to guarantee it. One company’s notion of “fair trade” might be totally different from another’s. of the notion of fair trade.) 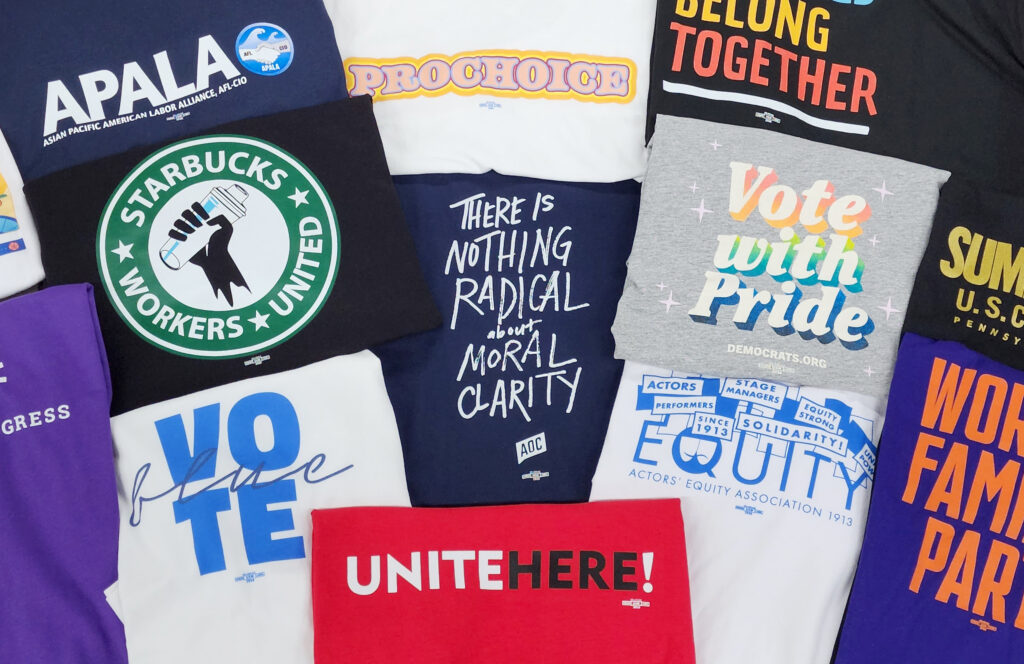 Basically, if it doesn’t have a union bug, you can’t guarantee that union labor was involved in the production process. It’s more than a tag, and better than a brand. (Note: The union bug is also different from a union label mentioned in the song above; the bug is on the garment itself, whereas the label is sewn in to indicate the shirt itself is union made. A shirt may not be union made if it has the union bug, in other words.) We love the union bug because it’s a part of labor history that has steadily sustained into the 21st century. Right now, there are almost 60 union bugs represented in the unions of the AFL-CIO alone. We love a classic bug, with simple clean lines (a nod to the mechanical nature of how these were first made…think early printing press, for example).

In fact, we love a union bug so much we based the Worx logo on it. The next time you put on a union-made garment, take a minute and check out the bug. And if you don’t see one…it might be time to upgrade. We can help with that. 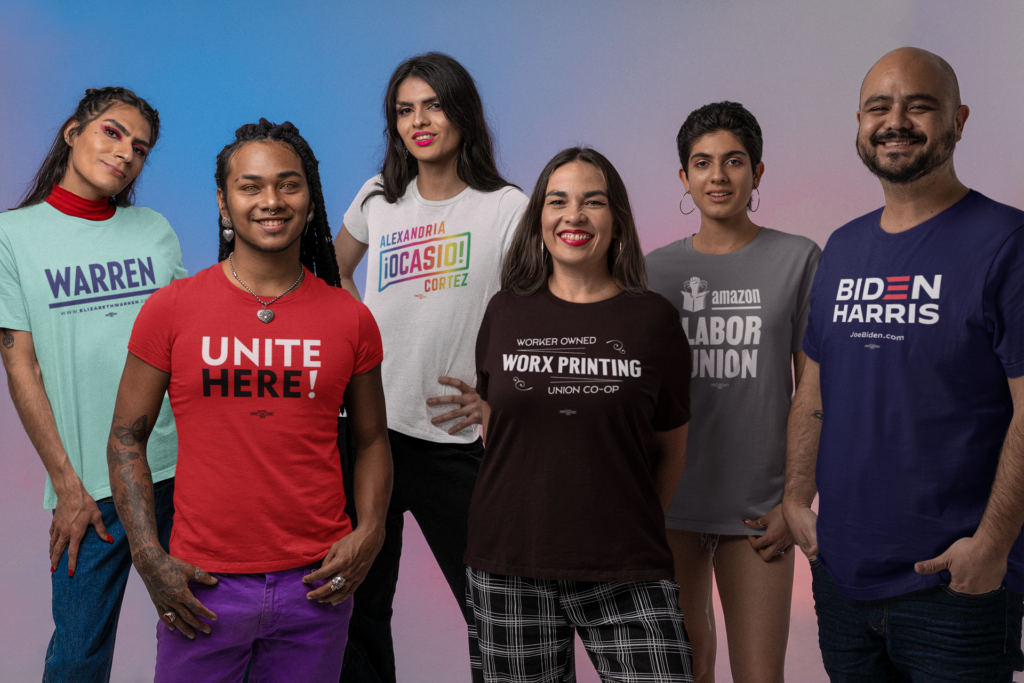 That’s it for this edition of GOOD PRESS. We’ll be back soon. Follow Worx on Instagram and Twitter for more. And if you want your worker-owned, union, and/or co-op business or organization featured on GOOD PRESS, email us at goodpress@worxprinting.coop. Solidarity!